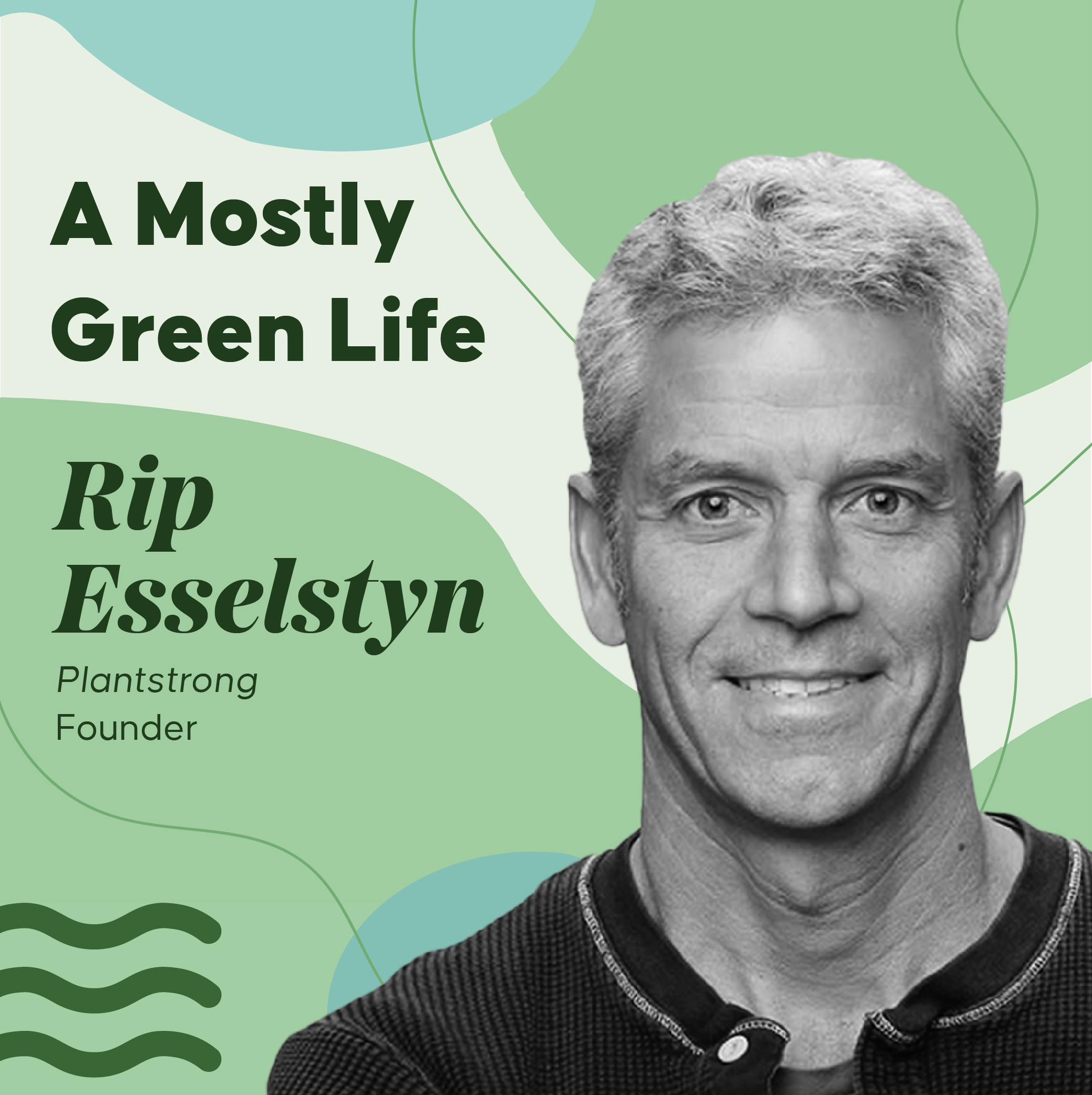 Listen to learn what essential nutrient 97% of Americans are deficient in. Rip Esselstyn, a former firefighter and triathlete, shares the profound and scientifically proven benefits of plant-based living and how his company, PLANTSTRONG, simplifies the journey to a whole foods lifestyle.

Read about the Blue Zones, which are areas of the world with unusually high amounts of people living to beyond 100 years. Dan Buettner spent years researching why – https://amzn.to/3r9FNf5

Fiber Fueled (from the stat about people being deficient in fiber – https://amzn.to/3o7mnFP

We have our granolas, we have our no oil, no salt, uh, microwaveable popcorn. We’ve got our pizza CROs with no added oils. Just imagine. Of, uh, of maple syrup in there to sweeten it up and, um, low salt. Um, it comes with each one comes with a sauce, pack, a plan, strong approved sauce pack. So you got your crust, you got your, your, your sauce, and then you customize and add the different type of pepperoni and Mason
mushrooms.
[00:56:42] Mason: Right, right, right, right. Right. The slice
[00:56:44] Rip Esselstyn of PlantStrong: mushrooms. I actually, yeah, I like the spinach, the mushrooms, the black beans. The pineapple, pineapple pizza. I am the sun dried tomatoes, I love jalapenos.Uh, we do garlic
[00:56:57] Mason: and jalapenos on, on everything. We’ll get the Daya and pizzas and put our own fresh jalapenos and garlic on.
Right,
[00:57:05] Rip Esselstyn of PlantStrong: right. Nice, nice. So you’ve
[00:57:07] Mason: been on this journey a long time. You’re clearly still very passionate and excited and you have a devoted community behind you. You know, what’s your motivation to keep growing and pushing this movement.
[00:57:25] Rip Esselstyn of PlantStrong: So that’s easy. It is doing something. And I know this is gonna sound pretty trite, but doing something that is meaningful, um, that makes a difference and can last for a long, long time.
And to me. There’s almost nothing that I could be doing that I know of on this planet at this time, uh, this, this moment in time, that could be as impactful as getting people to eat more plants, to get people, to kind of, you know, shake them up and wake them up and have them realize that, you know, listen, this is the best way that you can eat for personal health.
This is the best way you can eat, uh, to help, uh, eradicate all of the suffering that we have. And the killing of close to 70 billion animals annually is the best way to eat, um, to help contribute to climate change the warming of the planet, which, uh,
It’s crazy to me. How fast is this? This mother earth is, is, um, is spinning out of control and this, and how much
[00:58:55] Mason: is tied to industrial
[00:58:58] Rip Esselstyn of PlantStrong: production. And that’s, you know, this is the thing that, to take a quick break for a sec, you know, there’s been different studies that are out there. There was one in 2009 by the world washed Institute, this part of the world bank.
And it was an article. The article was called, um, livestock’s long shadow. And in it, they basically said that animal agriculture between the life cycle and the supply chain is responsible for 51% of global greenhouse gas emissions. Now, what you’ll hear in all the documentaries and stuff is, oh, it’s the same as all, all transportation combined.
It’s about 14, 15, 16%. There’s a new study that just came out about six months ago. It’s from Stanford. Um, Celeste Rao is the name of the gentleman that published the article. And it’s showing that animal agriculture between the supply chain, the life cycle, um, tearing down the rain for us, all that stuff.
83% of global greenhouse gas emissions or costs from animal agriculture was 3%. And you know, this is stuff that needs to be making frontline headlines. Um, so again, at this moment in time, I feel like this is what’s driving me. Right. It’s driving me because, um, it feels right. I think it’s the truth. And, um, and, uh, I’m very proud.
Of the message that I’m putting forth. Yeah.
[01:00:35] Mason: Well, that’s beautiful and very eloquently said, and thank you so much for coming on our podcast. Oh man.
[01:00:42] Rip Esselstyn of PlantStrong: I love it. I love it. Thanks for having me. Mason, Jessica
[01:00:47] Mason: and our new executive producer, Ellie.
[01:00:52] Rip Esselstyn of PlantStrong: Yeah. But uh, you know, keep it playing strong. All
[01:00:57] Mason: right.

Check out our other clean eating podcasts – https://www.mostlygreen.life/podcasts 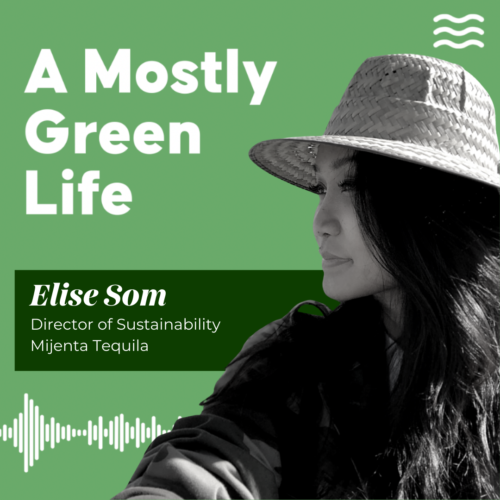 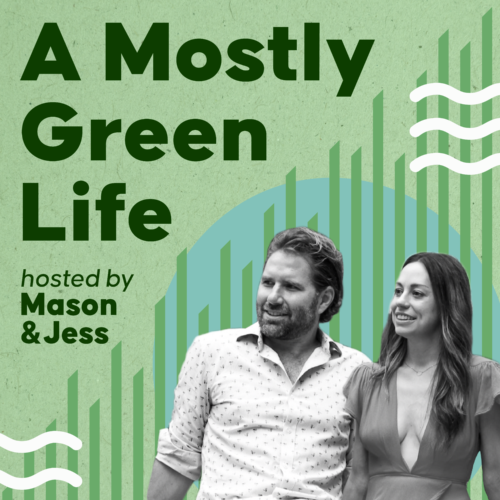 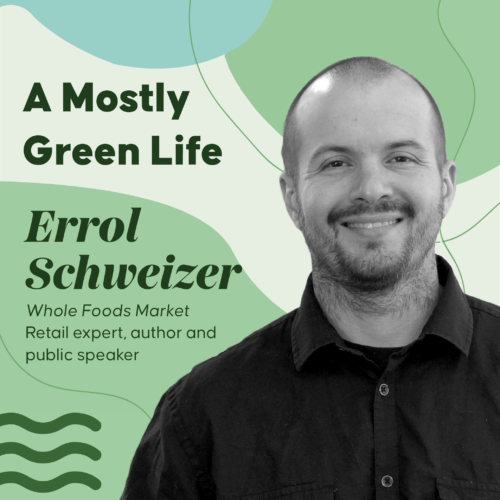