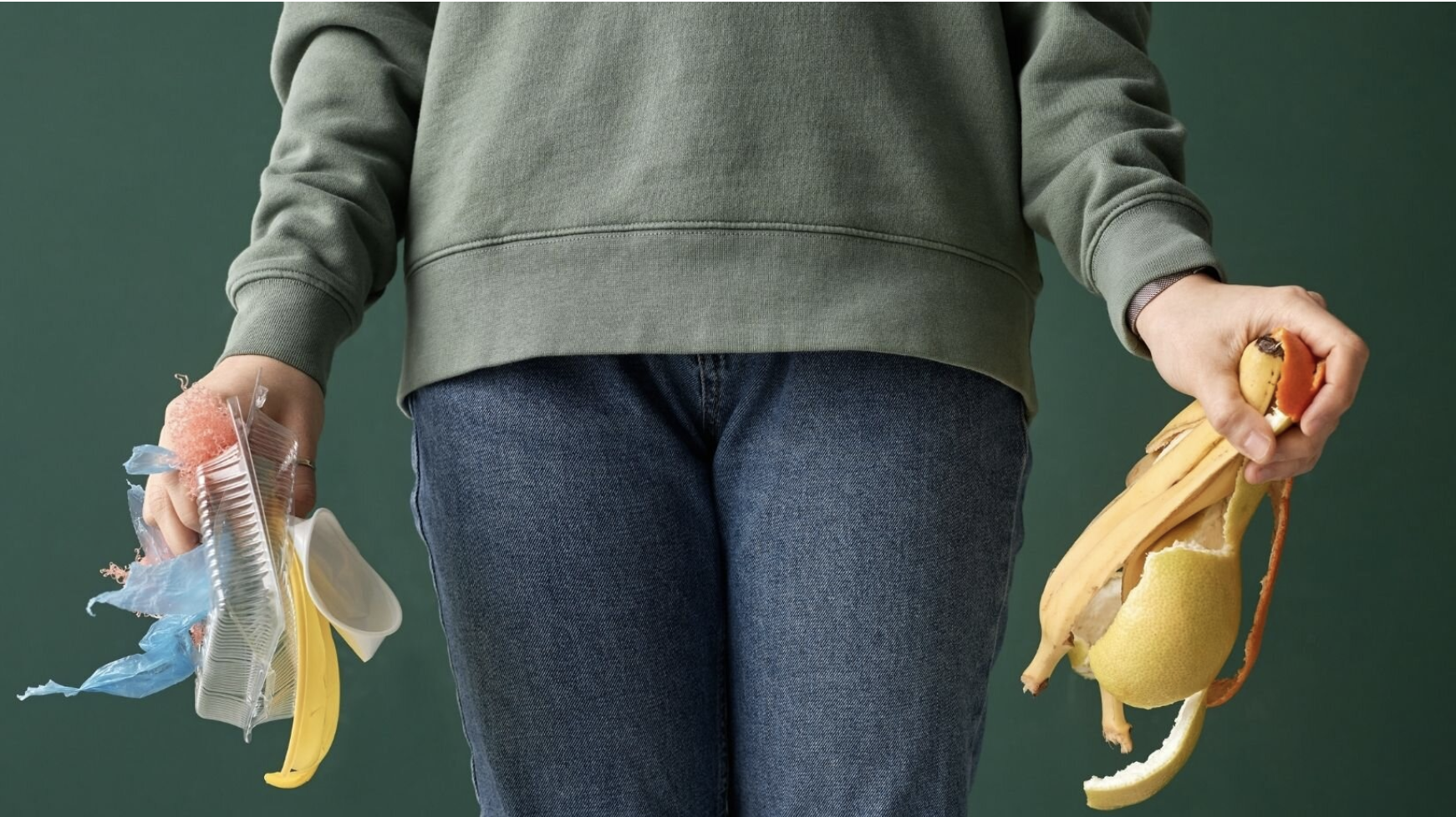 This post originally appeared on Finch and was written by Talia Vicars.

When you hear ‘compostable,’ you may think of that college roommate we all had that really wanted to be super crunchy-granola and kept a bag of fruit scraps in the freezer, promising they’d take it to the farmers market. Eventually. But, what do ‘compostable’ and its equally-unclear cousin ‘biodegradable’ actually mean?

We think it’s easiest to think of biodegradable and compostable as rectangles and squares, respectively; all compostable items are biodegradable, but not all biodegradable items are compostable. These are very, very broad terms — biodegradable just means that items break down into organic matter, typically in a three-to-six-month window. Compostable, on the other hand, is when organic material degrades into a soil-filled environment resulting in a nutrient-rich substance called humus. No no, not hummus…humus, which contributes to soils’ ability to retain moisture and nutrients.

The environmental benefit of composting, however, is only realized when items are disposed of properly. To effectively do their decomposition work, organics require oxygen, specific levels of light, and bacteria to break down. When buried under layers of other synthetic materials (aka in a landfill), organic materials can’t breathe. Instead, what ends up happening is that these materials release methane, an extremely harmful and potent greenhouse gas that does a number on global warming (…the number we’re thinking of is 28, which is how much more potent methane is than carbon dioxide over a 100-year period). Yikes.

So, when you’re grabbing a to-go lunch and reach for that “eco-friendly”-branded, faux plastic, compostable fork…is that actually better than a single-use, real plastic fork? The truth is, it is so nuanced —shocker, right? Our relationship status with all things “sustainability” is perpetually tagged It’s Complicated.

Before we really start comparing fork-types, how did we get here? It seems like compostable silverware and to-go packaging started popping up everywhere in the last five years or so…

Composting has been around for a really, really long time, all over the world. The first documentation of compost was found through archeological evidence in the British Isles almost 12,000 years ago. Later, Akkadians in Mesopotamia took note of composting practices on clay tablets. There is also evidence of composting happening in ancient Greece, Italy, and China, and the rainforests of Africa and Brazil. Aka, composting is not a cool, new, crunchy-granola trend that’s just picking up steam — to say so would be negating the brilliance of ancient and indigenous people.

What does composting look like now? In the United States, more than 160 municipalities pick up separated organic waste, including in San Francisco, Seattle, and Austin. In 2018, Americans recovered almost 25 million tons of waste through composting. That’s a whole lot of trash that’s not ending up in landfills. When properly handled, compost sequesters carbon, prevents erosion, and deposits much-needed nutrients into our soil to support agricultural growth. It’s a double whammy (when done properly) because it’s sequestering carbon and reducing the amount of methane being released into the atmosphere via landfills. Another added benefit of composting? Because compost can’t be outsourced overseas like recyclables, as composting becomes more popular, more environmentally-focused jobs are being created domestically. There’s one super important caveat, though, and it’s a big one: compostable plastic alternatives can be extremely misleading.

WHAT?! WHAT’S WRONG WITH MY COMPOSTABLE STRAW!?

To be clear, the compostable cutlery and alternative-material packaging are compostable. Take, for example, those cool pasta straws that are starting to pop up in trendy coffee shops. If you were to have handy-dandy access to an industrial-scale composter to toss that straw into, it could decompose in as little as three months, compared to the 200-year decomposition timeline of its plastic counterpart. Gone are the days for debates around plastic straws killing wildlife and issues around accessibility! Right? Wrong. We simply do not yet have the widespread infrastructure to support increased composting of single-use items (we’re talking about needing to sort, transport, and actually compost these materials). So, when you inevitably toss that pasta straw into the recycling bin, along with your plastic cup, because it doesn’t feel right to toss it in the trash because it looks like plastic, you could end up contaminating an entire batch of otherwise recyclable goods. Why? Because compostables are inherently made out of organic materials, which is a contaminant in the recycling system. That batch then ends up in a landfill, the straw doesn’t break down properly, it releases more methane, and the planet has another sad day.

Why invent the pasta straw, then? As a society, we’ve started to mistrust single-use plastic, and for good reason. Plastic can be really bad for the environment, contributing to pollution and harmful toxins, and posing a serious danger to wildlife. But, when the alternatives, like these single-use compostables, also pose risks, it’s hard to make informed decisions. At their core, these initiatives are profiting off of a well-intentioned, societal drive to reduce waste. Because so many of us have needs centered around convenience, while also wanting to reduce planetary harm, the eco-packaging industry has hit a gold mine opportunity. There’s a lot of money in the industry; the global bioplastics market is estimated to reach a valuation of $13.1 billion by 2027. But, because infrastructure in this country hasn’t caught up yet, compostables are towing a thin line between epic environmental solution and, you guessed it, greenwashing. Our fear is that most in the industry know this and still lead with unclear, generic labels, like “degradable” or “oxo-degradable,” that have no real definition. Feels like a trick…especially since we’re all susceptible to buy into the movement because we care.

It’s confusing to think that a plastic fork could be better than a single-use compostable fork. Heck, they’re often made out of cornstarch and potato starch…how could they not break down? Remember, although they are bioplastics and do decompose faster than traditional plastics, they require specific conditions.

Let’s run through an analysis conducted by the Oregon Department of Environmental Quality (DEQ) to get into the nitty-gritty of plastic vs. bioplastic (aka Finch’s favorite activity of relying on the science). In 2018, the DEQ reviewed how strong of an indicator compostability was for environmental impact. They used a tool called a life-cycle assessment, or LCA, to evaluate the raw materials, manufacturing process, and transportation, and ultimately the waste and where it went. In reviewing 18 LCAs, including 1,200 comparisons of compostable and non-compostable materials, both packaging and utensils, they had some wildly interesting findings. The recap: Compostable materials had higher environmental impacts, overall, than their non-compostable material counterparts that went into traditional waste treatment systems, like recycling, landfilling, or incineration (burning). Yikes.

But why, Bill Nye!? Among the specific conditions required, not all compostable material is created in the same way. For example, many paper-based compostables are treated with toxins to make sure that a single-use plate doesn’t get super soggy when you put oily pizza on it. Most bioplastic can’t degrade in the ocean either, so if your “eco-friendly” plastic cup is diverted towards the sea like many other plastics, it’s going to keep floating around…forever (ok, not technically forever, but you get the idea).

All of this runs counter to the mainstream messaging on compostable packaging and service wear. It feels like when something is compostable, you should be able to basically leave it anywhere and have it magically disappear. Poof! There are tons of companies jumping on the compostable-red-herring bandwagon, so keep an eye out for the hyperbolic asterisk. Have you heard of The Farmer’s Dog cornstarch-based dissolvable insulation? It’s wrapped in plastic. Zume, a company that has created an alternative to single-use plastic with moldable fibers, notes on their site that their products are only compostable where industrial facilities are available. All that compostable organic material, including sugarcane fiber, bamboo, wheat, straw, and grass fibers, could be going straight to the landfill, just like the plastic and styrofoam it’s trying to replace.

So, if given the option, is it better to use a compostable single-use fork or a plastic single-use one? The answer, unless you’re near an accessible, industrial composting facility, is probably neither.

We need corporate behavior change to shift from a dead-end product model to a circular model, and we need governments to start investing in infrastructure to make composting possible at scale. Biodegradable alternatives are a great option to reduce waste and reintroduce nutrients into the soil, but only if effective facilities are available to make it happen.

Until then, what can we do? Keep on reducing! Take a look at Nosa Familia Coffee, a B Corp Certified coffee company. In their 2018-2019 Sustainability and Transparency Report, they noted a behavioral shift in their customers when they shifted their policies on the pricing of single-use coffee cups. Without a 25 cent upcharge, 66% of customers used a to-go cup. With a 25 cent upcharge, that number dropped to 31%. When the 25 cent financial burden was added, the number of customers choosing to forgo to-go cups nearly doubled. Although exciting on the waste-reduction front, this poses an equity problem, so it’s definitely not a perfect solution.

Ultimately, making more trash and waste will never be the solution. A systematic approach to creating less waste, paired with government and corporate involvement, could actually make compost cool again. Let’s get crunchy. In the meantime, we’re here to support you through our collective addiction to single-use convenience. 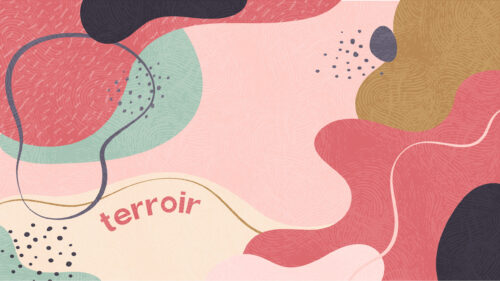 This post originally appeared on redthumbwine.com and was written by Diego Vasquez. … 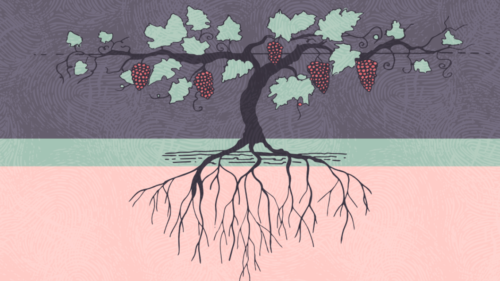 This post originally appeared on redthumbwine.com and was written by Dave… 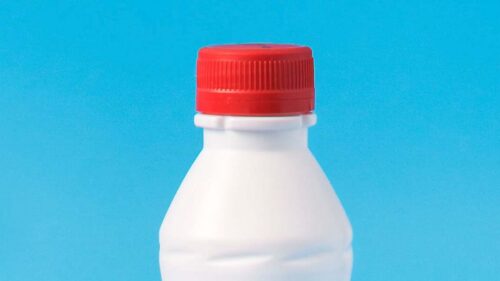 While most of us are on-the-go less frequently these days, we all find ourselves in situations when we’re on the road…